Open source trends should be on any IT leader's radar screen. Check out these reports, events, courses, and more
By Carla Rudder | September 06, 2018
From: https://enterprisersproject.com/article/2018/9/10-ways-learn-more-about-...

When Forrester released its 2016 report “Open Source Powers Enterprise Digital Transformation,” some people in the open source community were surprised by the results. They weren’t surprised that 41 percent of enterprise decision makers called open source a high priority and planned to increase use of open source in their organizations. They were concerned that the other 59 percent didn’t seem to understand the role open source would play in the future of the enterprise.

Paul Miller, one of the analysts behind the report, wrote, “The myth that open source software is exclusively written by and for lonely – rather odd – individual geeks remains remarkably prevalent. And yet it’s a myth that is almost entirely wrong. Again and again, we encounter executives who do not grasp how much their organization already depends on open source. More importantly, they do not see the key role that open source technologies and thinking will play in enabling their efforts to transform into a customer-obsessed business that really can win, serve, and retain customers.”

Fast-forward to today, and open source skills are among the most in-demand: 83 percent of hiring managers surveyed for the 2018 Open Source Jobs report said hiring open source talent was a priority this year, up from 76 percent last year. (More on that report in a minute.) Hiring managers are touting their organization’s contribution to open source projects as a recruiting strategy for nabbing top talent. Some of the biggest trends in enterprise IT, such as containers and hybrid cloud, rely on open source technologies including Linux and Kubernetes.

The mindset and narrative around open source have changed. Enterprise IT and business leaders should be able to keep up with IT organizations doing innovative work with open source technologies. We’ve rounded up some resources to help you get up to speed – and stay there.

This month of May marks the 10th anniversary of the implementation of the Community Health Information Tracking System or CHITS. The homegrown electronic medical record system developed by the University of the Philippines Manila in 2004. Over the years, this single “seed” of innovation has come a long way since its implementation at the Elvira Lagrosa Health Center in Pasay City.

From its humble beginnings as a “Child Health Injury Tracking System” spearheaded by Dr. Herman Tolentino, Dr. Alvin Marcelo and the Pasay City Health Department through Dr. Marie Irene Sy, CHITS has become an eHealth tool that can improve health information system in the country.

“Look around you - open source is running so many things that play a crucial part of our lives and I bet most people don’t even know it,” said Prof. Ariel Betan, Managing Director of the International Open Source Network ASEAN+3, a Centre of Excellence under the UNDP Asia-Pacific Development Information Programme that advocates free and open source software, open content and open standards in the region.

“Linux, for example, is an operating system that runs a lot of today’s open source technologies. From small devices like mobile Wi-Fi routers/access points, desktops, smartphones and even appliances to large installations like the Large Hadron Collider, the world’s largest and most powerful particle accelerator, spanning 27km in the the Franco-Swiss Border,” he said.

A few years ago, a global analyst firm went so far as to describe open source as the ‘hype du jour’ and some people even labelled it as something destined for the student and hobbyist market.

Today, its collaborative innovation model has prompted some governments to go ‘Open Source by default’ by releasing everything it does to the community.

“Trends right now are on the collaboration and creation of platforms and ecosystems. Gone is the era of the monolithic one-software-for-all mentality. It is now conventional wisdom that some services and components are better offered by other entities and it is their integration that is driving the development of this ecosystem,” Dr. Alvin Marcelo, an eHealth Adviser for an international development agency, said.

Over €10 million (approximately £8 million or $12.8 million) has been saved by the city of Munich, thanks to its development and use of the city's own Linux platform. The calculation of savings follows a question by the city council's independent Free Voters (Freie Wähler) group, which led to Munich's municipal LiMux project presenting a comparative budget calculation at the meeting of the city council's IT committee on Wednesday. The calculation compares the current overall cost of the LiMux migration with that of two technologically equivalent Windows scenarios: Windows with Microsoft Office and Windows with OpenOffice. Reportedly, savings amount to over €10 million.

Top Business Intelligence Software for Linux
POSTED BY JUN AUZA ON 9/29/2012
from: http://www.junauza.com/2012/09/top-business-intelligence-software-for-li... 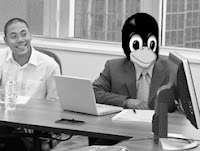 Business intelligence tools comprise the important software that helps in the strategic planning process of a corporation. Using them, you can gather, store, access, and analyze corporate data. The data collected by corporations are huge and to keep track of them, you need business intelligence software. You can use these tools in customer profiling, customer support, market research, product profitability, market segmentation, statistical analysis, and more.

Get the latest Debian Administrator's Handbook